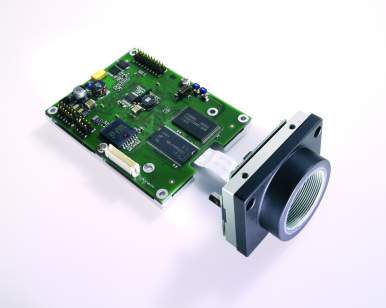 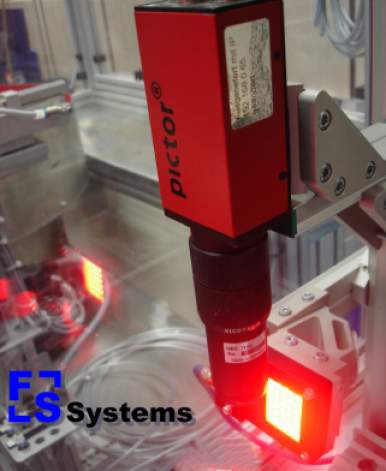 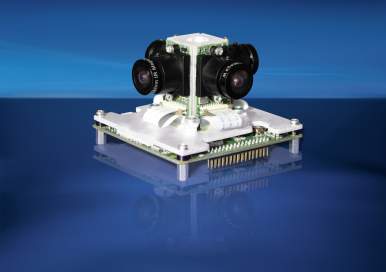 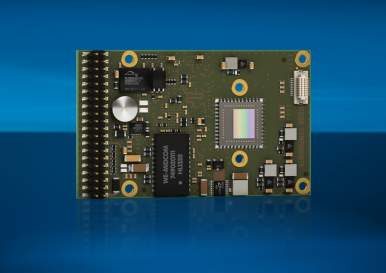 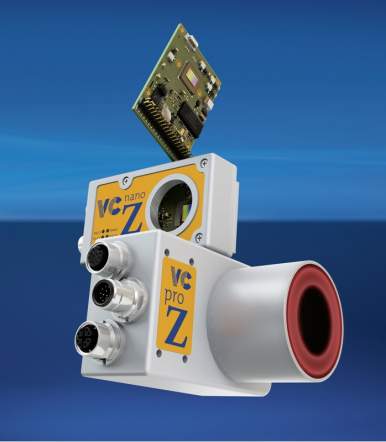 What is a smart camera?

Smart cameras (sometimes known as intelligent cameras) differ from standard industrial cameras because they have storage and processing ability built into the camera case. A standard camera acquires an image and then sends it to another device for storage & analysis which a smart camera doesn’t have to do. Often smart cameras also have built in I/O and communications (network, RS232 etc) allowing them to run and interface with other automation equipment autonomously. Smart cameras do not need a PC in order to run which makes them compact and robust – ideal for industrial environments.

In a machine vision system, a smart camera captures images but also extracts the relevant information from those images to allow automated decisions to be made and then acted upon e.g. an incorrectly made product is rejected from a conveyor belt.

The term ‘smart camera’ has become a generic term and has crossed over from industry into mainstream markets. It can be confusing as to exactly what the term ‘smart’ actually means because it is seen across many product areas including security systems, home appliances, cars and of course, smart phones. In each case, ‘smart’ means something slightly different depending on the environment and its interpretation and would often be better described as simply a ‘digital camera’.

Technology is increasing at such a rapid pace that a smart camera from a few years ago is incomparable with a newer, modern version. The performance, specifications and reliability of smart cameras have increased dramatically and when deciding on what smart camera to use as part of your industrial application, it is advisable to do your research, understand your needs and talk to experienced experts such as Fisher Smith.

One of the most obvious changes over the years comes in the image sensors available. A good spec smart camera not so many years ago would come with a 2 MPixel image sensor. Nowadays that would be outdated and a much better performance can be achieved with anything up to a 20 MPixel rating.

With better performance more impressive tasks can be achieved so never be afraid to ask for the seemingly impossible! Smart cameras are capable of AI and deep learning and this is a trend that isn’t going to disappear.

Smart cameras have also got smaller over time as technology has shrunk. In fact, one advantage over a more traditional PC based system is that it can be smaller and more cost efficient whilst being suited to more specialist tasks. They are especially suited to working in tandem with other smart cameras especially along a production line where a large distance needs to be monitored.

Optics, usually LED’s can be built into smart cameras, they operate in real time and a video output is often available depending on the model chosen.

Fisher Smith can provide the software and expertise to set up a smart camera to work with your specific needs whatever they may be. Software can be used for complex applications but sometimes a simple to program or configure smart camera can be the better option and is more accessible on site.

One ongoing trend in machine vision smart cameras is towards 3D imaging. A traditional 2D image can meet a lot of needs but in other situations the need for a 3D image is paramount, most obviously when height needs to be measured. A 3D smart camera can achieve this measurement especially well when working alongside a second or even more smart cameras. Depth can also be measured. Once an image is captured and measured, it can be automatically compared to a 3D CAD image to check for defects for example.

Fisher Smith can provide a great variety of smart cameras and configure them to work for you to solve your unique problems. Brands that we supply include Vision & Control Pictor, Cognex InSight and Vision Components VC-Z and Carrida.

Contact us today to see how we can help.

At the 2019 Embedded VISION Europe in Stuttgart, Germany, Vision Components premiered the first prototype of their latest generation of…

Convert IP Cameras into intelligent ITS

Vision Components presents the new Q-Board for quick and easy conversion of existing IP cameras into intelligent ITS systems, while…

For applications where installation space is at a premium, Vision Components…

We have uploaded the latest version of VCWin, the programming software for all Vision & Control Pictor and Vicosys…

Fisher Smith has a long relationship with MVTec as a Certified Integration Partner for their Halcon machine vision library.…

Image processing is a key technology which is already used by a large proportion of all systems and machines. It…