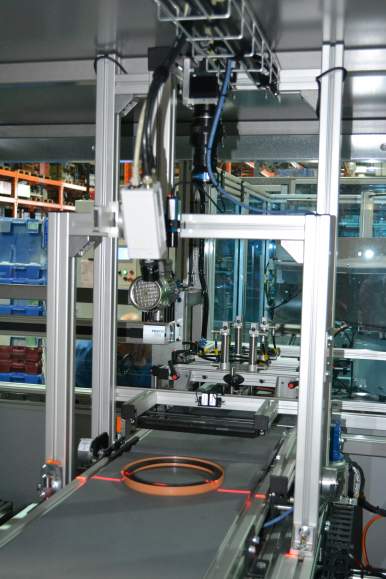 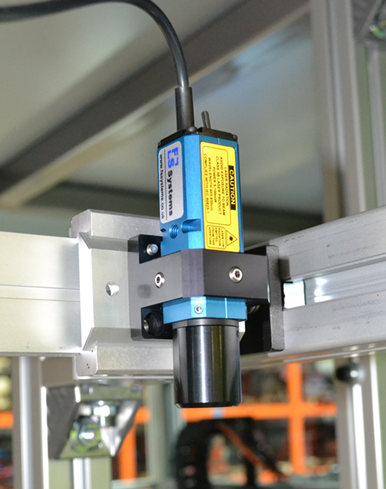 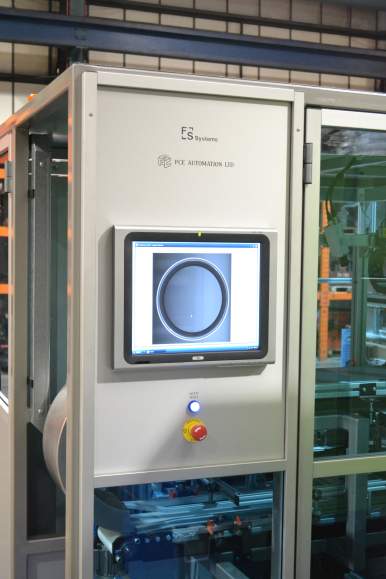 Established in 1962, Wavin Limited is the UK’s leading supplier of water management, plumbing, heating and drainage systems for the Building, Construction and Utilities markets. Highly respected within the construction industry, Wavin has a reputation for innovation and leadership and has an extensive product portfolio under the OSMA, Hepworth, Hep2O, Thermoboard, Intesio and Certus brands.

At its Chippenham plant Wavin produce a wide variety of parts but needed three inspection and packing systems for its 110mm and 160mm pipe seal products. These seals are clipped on the end of both underground and overground push-fit pipework products such as couplings, T-pieces and elbows for drainage and sewage installations. The seal must be inspected for integrity prior to assembly as some of the critical areas cannot be checked after assembly. The parts are produced in a variety of colours including terracotta, brown, grey, white and black and consist of a polypropylene outer (PPE) with a rubber (TPE) inner.

The parts need inspecting for correct size of the OD of the part, the ID of the rubber and integrity of both parts of the twin-shot process. The integrity tests include checks for flash, short-shot, warping and dragging. The parts are moulded 8 at a time on a 30 second cycle, so the inspection system has to inspect one part roughly every 3 seconds and the packing system needs to pack 8 layered parts every 25 seconds to ensure it can keep ahead of the moulding process. One of the specific problems with these parts is the black PPE, which provides no contrast with the black rubber, this contrast is required to check the OD of the TPE for flash, short and dimension.

Overview of the solution

Fisher Smith chose a Basler Runner 4k line-scan camera with both topside and backlighting (via a conveyor gap) to provide an image for the most accurate checks, whereas a Sick Ranger 3D camera was chosen to check features such as warp and drag and some of the flash, short and dimensional checks on the black parts. These cameras are interfaced to a Fisher Smith GenVis PC-based inspection system which in turn makes full use of the industry leading Halcon image processing library from MVTec GmbH

GenVis makes extensive use of image segmentation techniques to break down the image using complex thresholding and pre and post filtering techniques. These techniques are used to extract regions of interest directly from the image to enable tight tolerance tests to be carried out in these dynamic and adaptive regions. These particularly come into their own for the flash and short-shot inspection tasks.
The image from the Sick Ranger 3D camera imports directly into GenVis and can be used as a 3D image where light intensity information is replaced by image height. From this information similar techniques to the above can be utilised to extract regions of interest from the image for the inspection of the 3D specific criteria such as dragging, warping and flash/short-shot on the black PPE parts.